We can develop, test and push
your EDIs into production.
Faster than anyone else.

Ship your products
to the biggest retailers
in the U.S

Cleva sells to more than 10 retailers in the U.S and is growing constantly

Here is how Sunland Logistics (Cleva’s 3PL) took control of Cleva's EDI integration with the retailers and made us build a custom dashboard that gives end-to-end visibility on orders.

Trading with a retailer involves IT infrastructure setup, going through manuals/specifications for EDIs, EDI development using an IT team, testing your EDI and passing the approval process and finally, moving into production. We take care of all this, end to end. 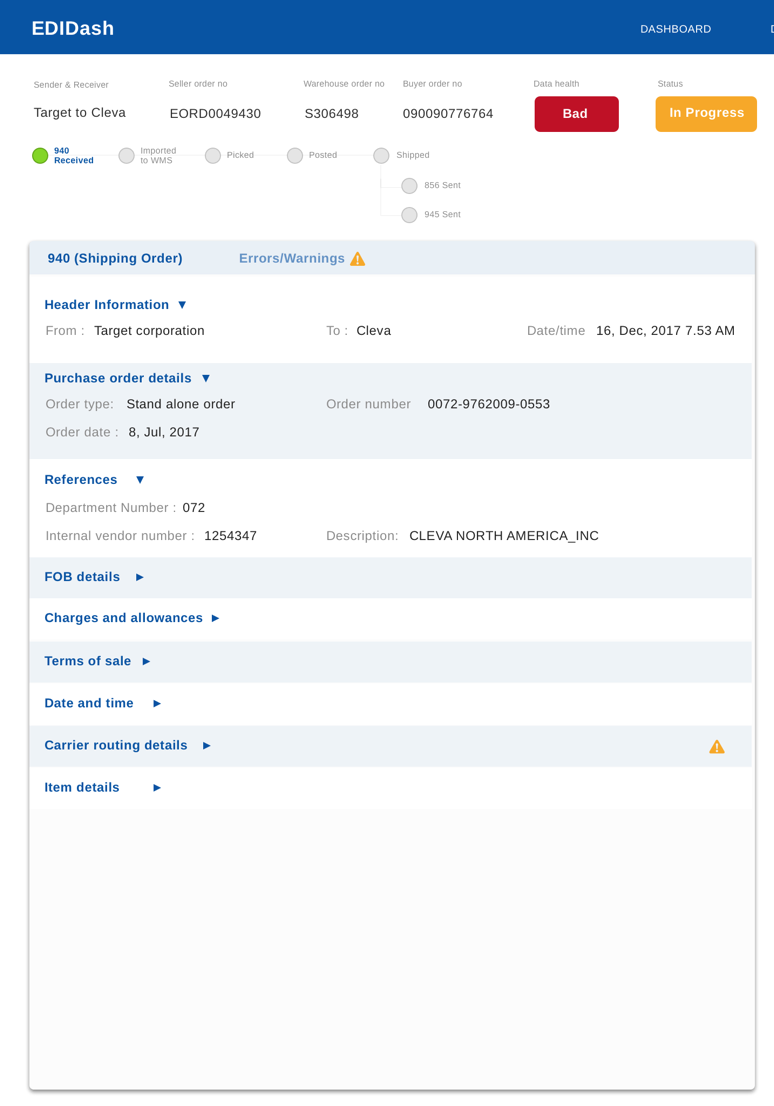 What sets us apart

Talk to us for EDI consulting